Marbella is known as a glamorous resort town and is favored by locals and tourists alike, boosted by foreign residents who are seduced by the lifestyle. But there’s plenty of ordinary folk to see and enjoy in southern Spain’s answer to St Tropez. The old town with its narrow cobbled streets and flower-filled plazas is packed with delightful shops and art galleries selling pretty clothes and accessories, and handmade wares. One of the prettiest spots is the fabled orange tree-filled Plaza de los Naranjos, which is located just off the main street and is home to the 16th-century town hall and tourist office, where you can pick up a detailed map and other visitor information.In terms of eating out, Marbella’s gastronomic scene is second to none, with everything from vegetarian and vegan cafes to beachfront bars, and Michelin-starred restaurants including Spanish cooking star Dani Garcia’s – a feast for foodies. And of course the beaches are second to none – most visitors come to Marbella to enjoy the sun, sea and sand, which has been drawing expatriate communities since the 1950s when Prince Alfonso de Hohenlohe fell in love with the place and built a beachfront house, drawing all the starriest Hollywood celebs.

The main luxury areas of Marbella Center are The Golden Mile and Sierra Blanca.

The Golden Mile; This comprises the area from the end of the main road, Ricardo Soriano, to the entrance to Puerto Banús. Considered to be the luxury end of Marbella, its reputation began with the opening of the Marbella Club Hotel in the mid-1950s by Prince Alfonso de Hohenlohe. Famous families of the elite and European aristocracy had their summer homes built here, transforming Marbella into an exclusive summer resort. Many of these villas still exist. Today, this area has the most prestigious hotels, countless restaurants and shops along the main street and renowned beach clubs of the front line hotels, in addition to being the area where the Saudi Arabian Royal Family have their palace, a replica of the White House, and well-known discotheques such as Olivia Valere.

Sierra Blanca; Sierra Blanca takes its name from the Sierra Blanca mountain range of which La Concha, the mountain that towers above the urbanisation, is part of. Views are breathtaking in every direction and all services and amenities are conveniently located in the nearby centre of Marbella. Sierra Blanca is one of the most sought after and exclusive residential developments in Europe. It is one of the top locations in the South of Spain and has proved a safe haven for high net worth investors looking for luxury real estate in the Spanish market. Sierra Blanca is a very quiet development perfectly located just 3 minutes by car to the shops, the beach, and 5 minutes to Marbella town. It is also just 7 minutes drive to Puerto Banus. Being on the mountain side Sierra Blanca offers a fantastic micro climate and it is often a little fresher than the coast and also avoids the regular fog and sea mist that surrounds the lower ground during the summer months. 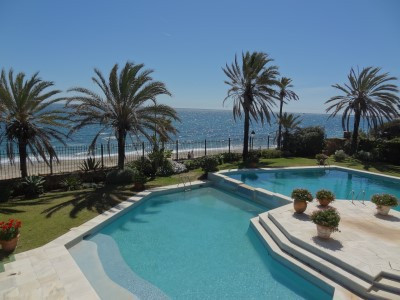 UNIQUE INVESTMENT OPPORTUNITY! Priced to sell reduced from €25M, and undoubtedly the best value beachfront property available on the Golden Mile, making this an outstanding and rare investment opportunity to add substantial value with a top-end interior renovation to match the unique architecture and stonework of this large palatial property. Locat ... Show full details 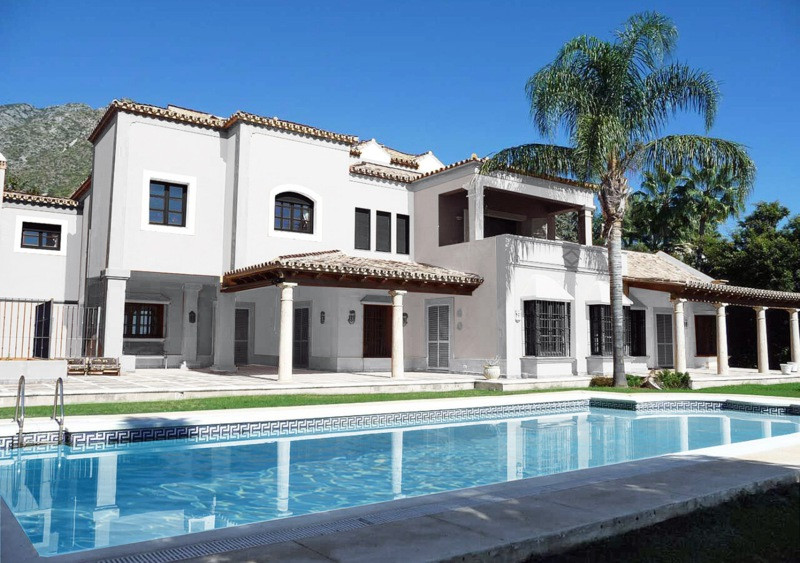 Located in an elevated position, this 9 bed villa is located in the affluent neighbourhood of Sierra Blanca in Marbella. The property offers 1.120m ² of living space spread over 4 floors. Beautifully situated in a zone free of all nuisances, in a park of 2,250 m² fully enclosed and secured, this property promises to its residents a perfect privacy. ... Show full details 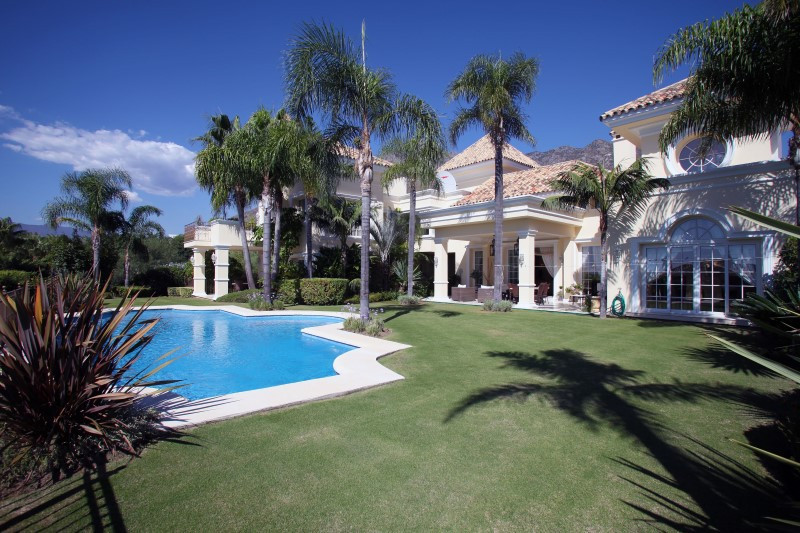 A most exquisite modern Villa located in the very best neighbourhood of Sierra Blanca, Marbella. The Villa is designed and built by one of the most prominent architects in Marbella, Melvin Villaroel Roldan and has to be one of the most exclusive Villas on the Costa del Sol. The centre of Marbella is just minutes away as is the world famous Puerto B ... Show full details 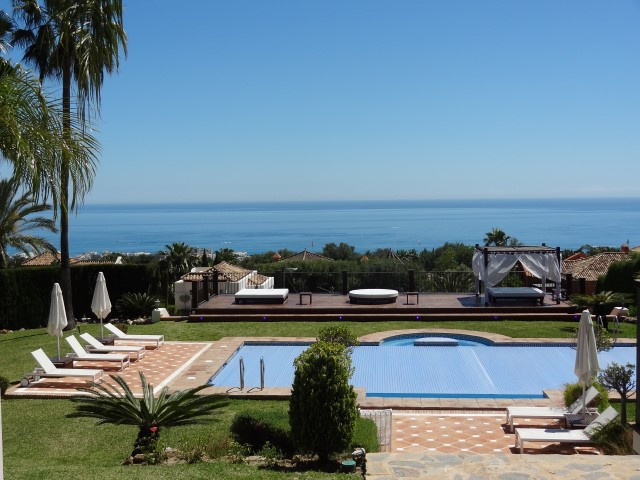 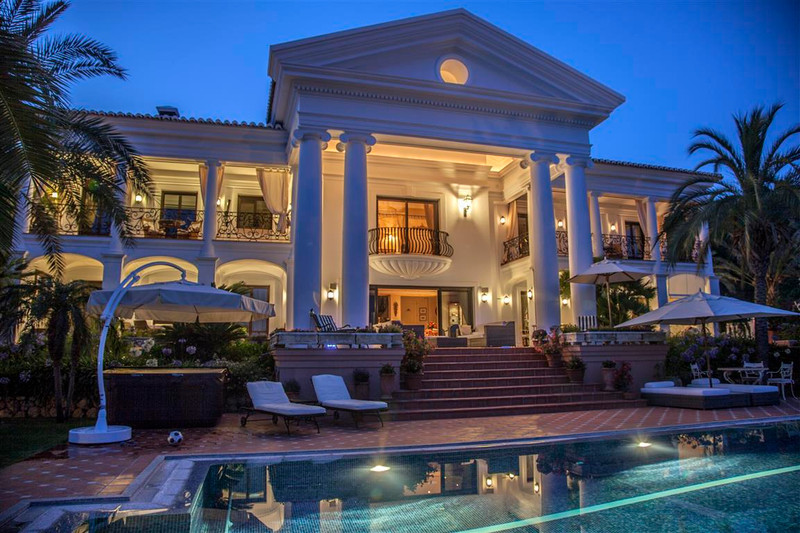 This classical villa is located at the top of the exclusive, sought after Sierra Blanca neighbourhood above Marbella Golden Mile, surrounded by protected nature and looking out over the sea, only a few minutes drive from Marbella & Puerto Banus. The architecture of this villa was influenced by the Italian master builder Andrea Palladio and is equip ... Show full details 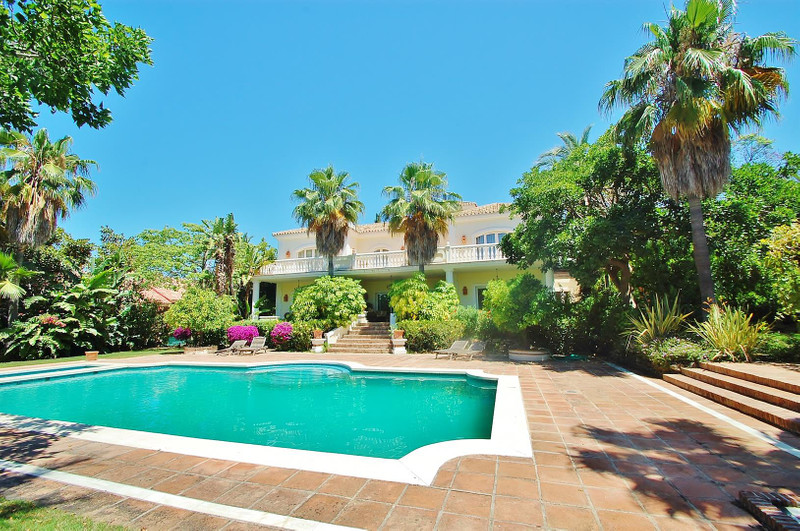 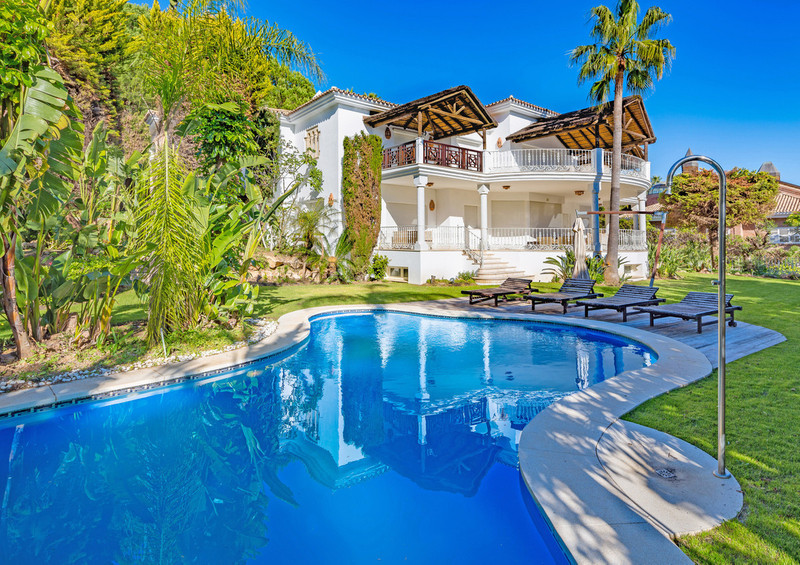 Beautiful villa situated in Sierra Blanca, one of the most sought-after areas on the Golden Mile, on the outskirts of Marbella, offering total privacy and seclusion. The access into the villa is lined with charming water features and wooden decking leading to the main entrance. The accommodation comprises, on ground floor: entrance hall, living roo ... Show full details 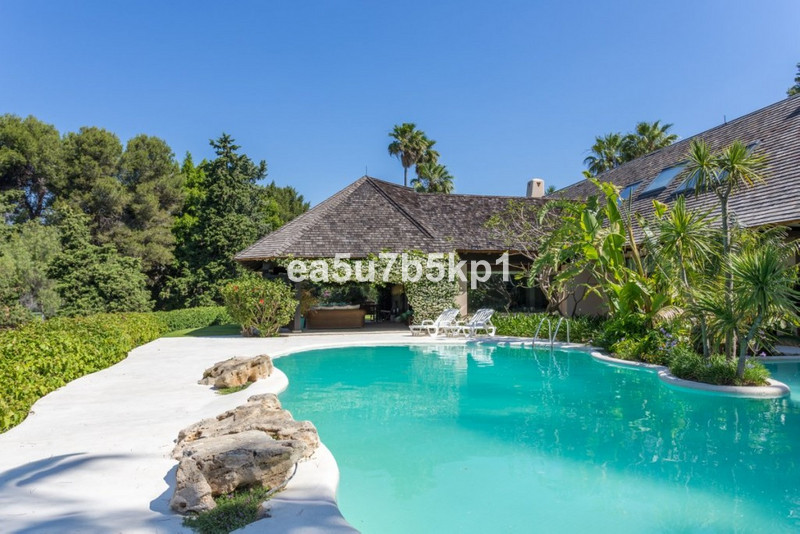 A most stunning villa for sale in Marbella, situated frontline golf in Rio Real. Finished with a unique thatched roof, the accommodation comprises of a large entrance hall leading to all rooms on one level, with every detail imaginable thought about in the construction of this beautiful villa. Constructed with high quality materials and craftsmansh ... Show full details
1 2 Next »

Not Found What Are You Looking For?

Please search our database of over 10,000 properties.